“Religion is man-made to assist in controlling the weak-minded individuals because during times of atrocity and despair they feel strength in numbers.” – Benito Mussolini

“This is the true horror of religion: It allows perfectly decent and sane people to believe by the billions what only lunatics could believe on their own.” – Sam Harris

We hear it all the time. In order to believe in God, we need to be weak-minded, ignorant, or just plain crazy. Just ask any unbeliever why they don’t believe in the gospel of Jesus Christ and you might receive one of the most disgusted and haughty looks reserved only for the foolish. After all, it takes a fool to believe in God but it takes an even bigger fool to believe that He sent His Son to die for the sins of the world and that through His resurrection we too have the hope of eternal life. Amazingly, God beat everyone to the punch when He was the first to call this message foolish.

In Paul’s first letter to the Corinthians, he addresses multiple problems that led to divisions within the church (1 Corinthians 1:10). Simply enough, Paul’s solution for their problems began and ended with Jesus Christ. In other words, the Corinthians didn’t properly appreciate and apply the gospel of Jesus Christ. They were perhaps treating the gospel as another wise philosophy that could be debated over (something that characterized Athens [Acts 17:19-21]) rather than treating it as a message from God to be believed and obeyed.

Because the gospel was from God, Paul didn’t mess with it. It was perfect and needed no human enhancement. Paul knew that to “enhance” it with clever and eloquent words, it would mean that the effectiveness and purpose of the gospel message would be made void (1 Corinthians 1:17). God’s gospel message, as is, was intended to be a certain way for a certain purpose. It acted as a filter that caught up the prideful and let through the humble heart. It was designed to blind the prideful, so much so that they would call the message “foolish” and “weak.”

“For the message of the cross is foolishness to those who are perishing, but to us who are being saved it is the power of God” (1 Corinthians 1:18).

Paul then goes into a small discourse explaining God’s true wisdom in using “foolishness” and “weakness” as the message of salvation (1 Corinthians 1:19-31). Think about it: What man on earth, if he were writing the story on redemption, would use a crucified Messiah as the Savior of mankind? In his prideful and carnal heart, man has come up with epics about gods who can smite men with thunderbolts, wield awesome powers, subdue colossal beasts and titans in glorious battles…but a crucified Messiah? Only God can be so “foolish” and yet be so wise. “Because the foolishness of God is wiser than men, and the weakness of God is stronger than men” (1 Corinthians 1:25).

God has always used His “foolishness” throughout the Bible: Naaman was to be cured of his leprosy by dipping in a river seven times (2 Kings 5:1-19); the walls of Jericho were brought down by a shout (Joshua 6); Israel was told to look at a bronze serpent for healing (Numbers 21:4-9); Jesus cured a blind man with clay (John 9:6-7); sins forgiven on the condition of baptism (Acts 2:38). What is amazing is that every method of God is designed to remove pride and boasting on the part of man. What baptized Christian would ever boast, “I removed my sins!” when all they did was follow the condition that God set for the forgiveness of sins?

What we learn from the gospel message is that the plan of salvation was not conjured up in the mind of men because it is unlike anything that the wisdom of men would produce. Those who consider themselves wise in this world would automatically reject it and vehemently oppose it. Yet, the success of the message will astound those who consider themselves wise as they ask themselves, “How can so many people be so foolish to believe such a thing!” But it’s not a message for everyone, for only the humble at heart would be able to see the riches of such a foolish message.

“And my speech and my preaching were not with persuasive words of human wisdom, but in demonstration of the Spirit and of power, that your faith should not be in the wisdom of men but in the power of God.” (1 Corinthians 2:4-5) 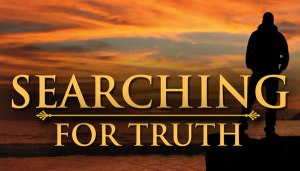